After making the tough decision to cut back or give up your coffee obsession, a game plan is crucial. After researching things like caffeine’s connection to anxiety and hormone disruption, I knew I had to quit coffee for my health’s sake. Here’s where I tell you how I did it; there are tons of articles and how-to’s out there, and here I’m sharing my own path. I hope you find something useful, and if nothing else, solidarity and empathy in giving up your favorite drink.

In case you missed my reasons and are wondering why in the world anyone would give up coffee, check out my previous article:

How I Quit Coffee and Cut Back on Caffeine

The first part of my journey was just understanding I needed to cut back. I noticed a difference in how I felt while limiting how much coffee I was drinking, but alas, I knew it wasn’t enough. It took me awhile to come to terms with giving up this habit that was so sacred to me. And if you’re thinking about doing this, you might need a little grieving time, too.

You’ll notice my approach was pretty slow, and it took me awhile to really commit. For the record, I was drinking about 2+ cups in the morning and after 2pm, all brewed strong enough to put hair on your chest.

I Switched to Tea in the Afternoons

An 8-ounce cup of brewed coffee can contain anywhere from 75 to 165 milligrams of caffeine. And after slowly weaning off strong coffee, I switched to black tea, which contains on average slightly less than 50mg of caffeine per 8 oz cup. So, I rocked black tea in the afternoons for a few weeks.

Next, I switched to green tea (not matcha), which contains around 30mg of caffeine on average per cup. From there, I’ve tried to just monitor how I feel and look at what I have going on in the evening to determine if I am going to have any afternoon caffeine.

It’s a myth to believe that all black teas have the most caffeine and all green teas have the least. The kind of leaves or buds used, how it was grown, and brewing method can affect caffeine content. Keep in mind, the longer you steep it, the more caffeine it has. If you’re cutting back, make sure you read how many milligrams of caffeine are contained in a cup of the brand you chose!

Next, I was forced to address my morning caffeine intake. Since I made coffee for both me and the hubs, I could not decrease the strength of the brew; that’s just cruel. Instead, I just started to make a smaller amount. I made enough for him to always have his normal amount, and slowly decreased the number I was having from 2+ to 2, to 1 and a half, and finally to one.

[Confession: I drank all of it a few times, and he had zero coffees. Oops. He still loves me though, probably!]

This lasted around three months or so because I was unwilling to bite the bullet. Finally, after doing more and more research on my health problems, I knew I needed to quit coffee. I realized it was either keep drinking coffee, or feel better. It couldn’t be both.

I Switched to Tea in the Mornings

Because your time is precious, I’ll summarize by saying I did the exact same thing to as I did in the afternoons! Started with black tea and worked my way down to green.

This is where I’m at now, although I have plans to get off caffeine completely. I’ll start by steeping the tea for less time until I can switch to herbal teas! I’m not looking forward to this, hence procrastination.

Did I have Headaches?

I did at first, but only off and on for about a week. Since I was breaking the World Record on longest process ever to cut out coffee, my brain didn’t freak out much since it wasn’t cold turkey. I took pain killers on days I had headaches and knew it wouldn’t last forever. I’ve cut out coffee cold turkey when I’ve been sick, and these headaches were nothing like those. Gradual is nice!

Shocking, right? I didn’t have headaches, but I’ve had trouble being as productive as I once was. I also have trouble being as anxious as I once was, and my cycles have gotten much less horrendous. I’m obviously not pleased with being a little drowsy, but it’s not that bad and overall I feel better.

I was insanely tired the first week or so, especially in the afternoons. I allowed myself a nap once or twice the first week, since this was in the name of health. After that, I haven’t needed to nap unless I slept terribly the night before.

I have found that people are soooooo nice and understanding if you tell them you gave up coffee. I’m just not sure how long I’ll be able to use this excuse? 5 years?
That’s the plan.

Get the Right Stuff, Baby

I’m a nutrition coach, so my diet is mostly on point, and I make sure I supplement well. If you’re considering cutting back, focus on eating healthier, cutting back on sugar and processed foods, and taking natural supplements or diffusing essential oils if you struggle with brain fog.

Speaking of supps, L-Theanine is a pretty rockin’ supp to help you deal with the side effects of caffeine. I was taking this for awhile in 2016, but realized I was spending too much money of fancy coffee and then a supplement to help me drink that coffee. L-Theanine isn’t expensive, but you might take a high dosage to reap the benefits. You can read more about it and see if it’s a healthy part of your journey.

(2019 Update: I started a shift at my gym that required me to get up ungodly early so I gave in and now have an Americano once a day. If I feel jittery or tense, I take CBD oil! Message me about it if you’re curious!)

I hope to switch to decaf soon, but I’m giving myself some time before I do it. Remember, I loved coffee for way more than it’s caffeine content, so I don’t want to backslide. I’m a newcomer to the decaf research, but I’ve read you should get organic beans because that means no pesticides should be found on the beans, and it ensures they don’t use harmful chemicals to strip the beans of their caffeine.

Although methods to strip caffeine are safer than they used to be, the Swiss Water Process or liquid carbon dioxide are the best choices. Methylene chloride or ethyl acetate (the chemical solvents currently used to strip beans) are considered controversial. Since you won’t usually see the method used written on the bag, a little research should be done. To make this easier, look for a brand that boasts they use the Swiss Water Process (usually with a higher price tag) or, simply look for the Certified Organic seal.

Decaf is still considered healthy, although many of coffee’s health benefits come from the caffeine. Drinking too much unfiltered coffee, caffeinated or not, is still linked with raising bad cholesterol, so limit the decaf you make in your French press. Decaf coffee still contains caffeine, on average around 12mg per cup. Keep this in mind if you’re opting for decaf after dinner.

There’s also this “mushroom coffee” people swear by, but I haven’t tried it. Apparently it’s good for you, but many brands mix it with coffee, so it still has some caffeine. Maybe worth looking into for your own journey! I’d love to hear your thoughts if you’ve had it!

Changing Up My Routine Helped

Last but not least, I changed up my routine and added a few healthy habits to help me along this journey. I live in Portland, and it’s winter. So I bought a Happy Lamp that I use when I wake up to help me wake up!

I used to religiously workout in the evenings, but now I’m open to working out whenever I have an energy slump, or walking the dogs at my lunch break to put a pep in my step. This is easy for me with my work-at-home schedule, and since I workout at home, too. It helps me to wake up in the afternoon if I’m sleepy. (TBH: I motivate myself by putting on my shorty-shorts and some Modern Family or Parks and Rec to help me get going!)

I also have been trying to use diffuse essential oils to help me focus and wake up whenever I feel sleepy or foggy. (I looooove this diffuser, btw).

These are things that have helped me, but of course everyone is different. Hopefully this gives you some ideas!

Are You Quitting Caffeine?

If you are, I’m in your fan club. It’s not easy, but it was definitely easier than I expected it to be (however, I did expect the worst). I want you to know that you can do it, and it’s so good for your body to learn how to operate on its natural 24 hour cycle again!

I’d love to hear your reasons for quitting or cutting back. And, if you’re an expert at this, I’d love your tips on what helped you quit coffee and cut back on caffeine!

This post contains affiliate links. If you purchase through them I will make a small commission at no extra cost to you. It all goes right back into the biz! 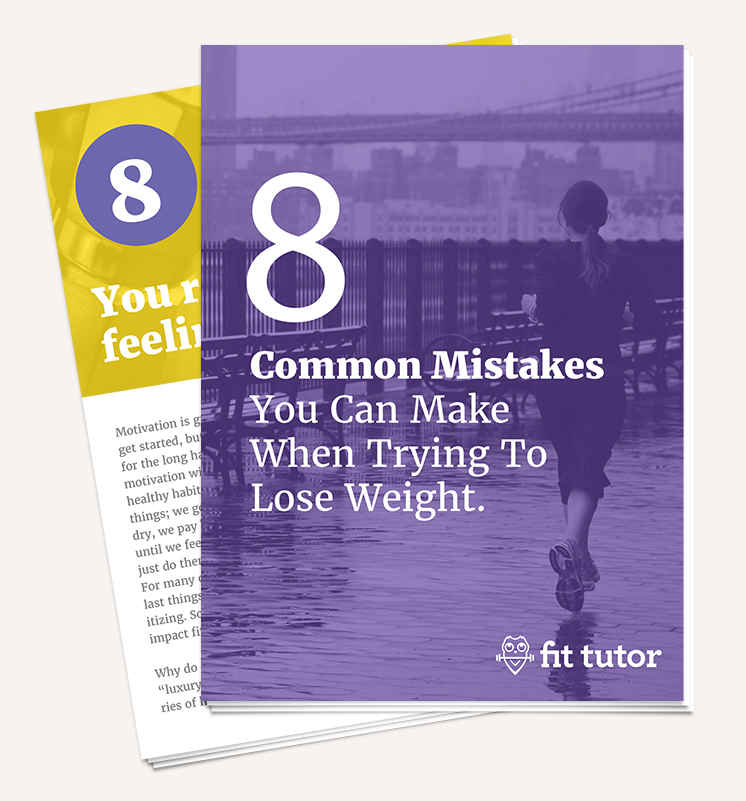 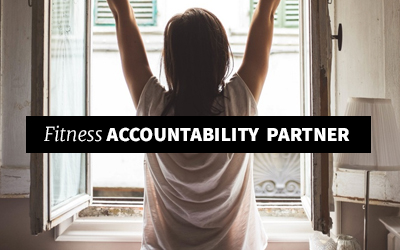 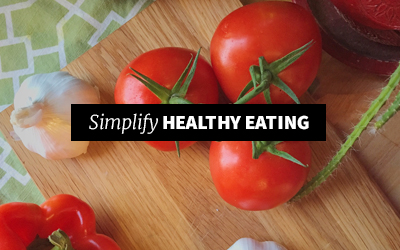 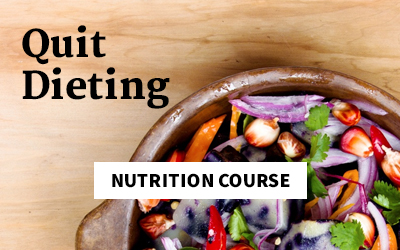 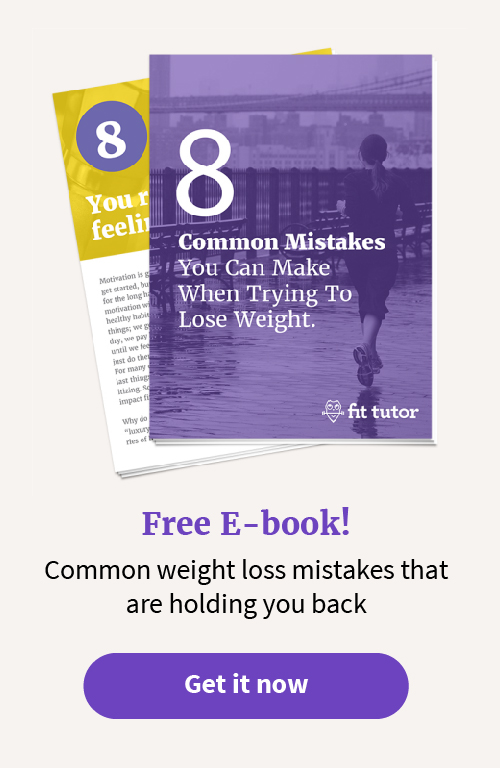